When children develop skills in effective communication, self-discipline, and teamwork, they're more likely to make a successful transition into adulthood. Team sports equip children with the skills needed to cope with the daily demands of life. Additionally, they're known to instil values of collaboration, determination, and allow students to identify the strengths of others in team settings. Children's local team sports aim to foster principles of teamwork, fair play, verbal and non-verbal 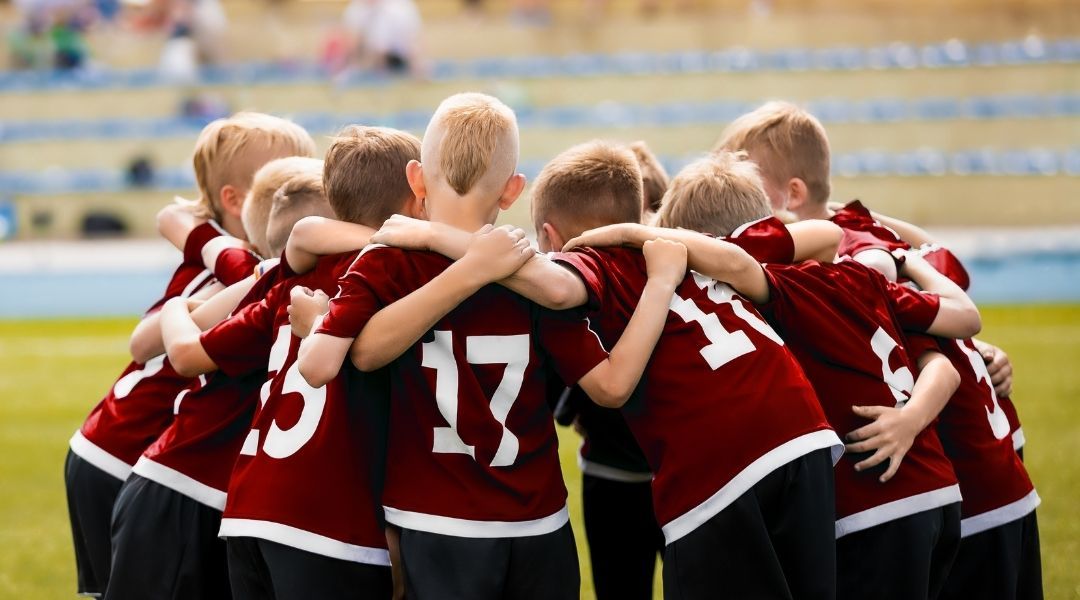 When children develop skills in effective communication, self-discipline, and teamwork, they're more likely to make a successful transition into adulthood. Team sports equip children with the skills needed to cope with the daily demands of life. Additionally, they're known to instil values of collaboration, determination, and allow students to identify the strengths of others in team settings.

As they get older, communication plays an integral role in daily life. In each match, players are expected to communicate with each other, cheer on their team members, and discuss strategies (such as ball dribbling in basketball and soccer). While physical activity regularly improves the state of a child's emotional and physical wellbeing, there is also a link between team sports and self-esteem.

Children who have support or receive kind words from their team and coach (e.g. compliments on volleyball spikes or netball passes) are more likely to return the kindness, as well as increase their self-esteem.

Team sport places children in a range of diverse situations, that force them to act quickly. They must communicate with teammates on the run, like making themselves known to the goal shooter that they're open as defence or in an alternative shooting position (especially in netball).

Post-game, open communication is valued too. Kids recognise what they did right, as well as what could be improved. How can they grow and be a better player for the team? De-briefing with the coach and mates after the game can help children identify areas they excelled in, and where they can improve.

Effective communication is a valuable skill. Team sports allow children to relate to others in and out of the game, as well as allowing people to understand the way they play, allowing for better performance.

Children of all ages are expected to follow the rules during team sports. Harsh talk, physical intimidation, and bad behaviour are not accepted. During an opposite team goal in hockey or unfavourable pass in rugby, team members are expected to handle with grace and respect the rules. Bad behaviour is penalised accordingly and could mean that the child sits out for the season or is restricted from play.

Team sports teach children lessons in respect, directly aligning with sportsmanship, and teaching kids how to lose and win respectfully. Being in a cohesive, communicative team means feeling valued and respected. Bad behaviour or rudeness towards teammates impacts everyone on the team, and shows children they'll be reprimanded for any action that lacks respect or fair play.

A team that respects each other has a higher chance of success on the field, as well as in general relationships as they grow. Children can translate this respect into empathy and are likely to care for their future teammates and those in the workplace and schoolyard.

A team cannot be successful without teamwork. Working together to achieve an end goal or result is an important factor in team sports. Each member must take on a shared responsibility; if you win or lose. All aspects of the game were a team effort, even if it didn't go exactly the way the team intended

Learning to accept what they cannot change and accepting they tried their best in a team effort is a value that will be essential as they grow older and respond to greater challenges. The joint effort of accountability, cooperation, and coordination is essential to teamwork on the field.

Additionally, conflicts arise in sports. When teams and coaches can effectively communicate and manage this conflict, there are positive implications. Learning to resolve and manage conflict in a group setting is integral for future personal and work relationships.

This teamwork encourages children to form and nurture relationships on and off the field. Sharing a passion for the sport is a way for children to grow their circle and build a healthy network of friends. Feeling part of a community or group is fundamental as a child, and has a hugely positive effect on children's lives.

Dealing with defeat can be difficult as a child, especially when they did all they could to assist the team and solve issues as they presented themself on the court or field. But as they keep playing, children will see results and be rewarded for their hard work. The first goal or stop in a soccer game, the first basket shot, or the best player medal. All accomplishments, big or small, can lead to greater self-confidence and increased self-esteem.

Children will learn how to accept a loss and allow their self-confidence to not be shaken as much with each defeat. Each win will increase the child's self-esteem and confidence in their abilities, and they become increasingly motivated to do their best.

Team sports teach children to invest their time and energy into a sport that enables them to gain results from their hard work. With each early game and after school practice, they can fully appreciate and be confident in their abilities as a valued team member.

Team sports play a fundamental role in developing social skills. Children are taught how to be disciplined and play fairly, communicate effectively for the good of the team, and nurture relationships based on a common goal and passion. By instilling these values during development, children will transition into adulthood with an advantage in learning how to communicate, solve problems, set goals, and respect other teammates and authority figures.